What is Stan Lee’s Genesis?

Stan Lee’s Genesis is a collection of 10,000 NFTs. The Genesis NFT launch kicks off an exciting roadmap leading up to the release of Stan Lee’s Genesis physical table-top board game in Summer 2023. Stan Lee’s Genesis introduces 200 new characters imagined and illustrated by the dynamic duo of writer/producer Tom Akel and renowned comic book artist, Ryan Benjamin. 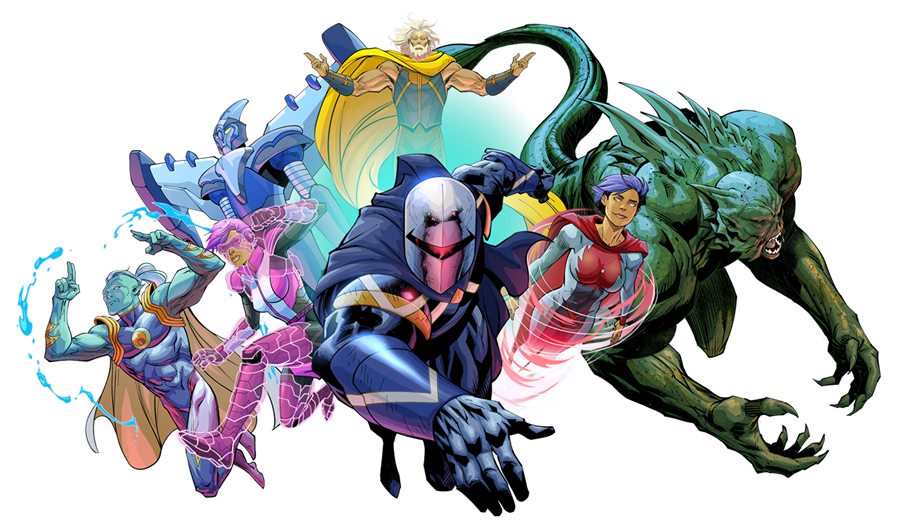 Enter the Book of Arcana 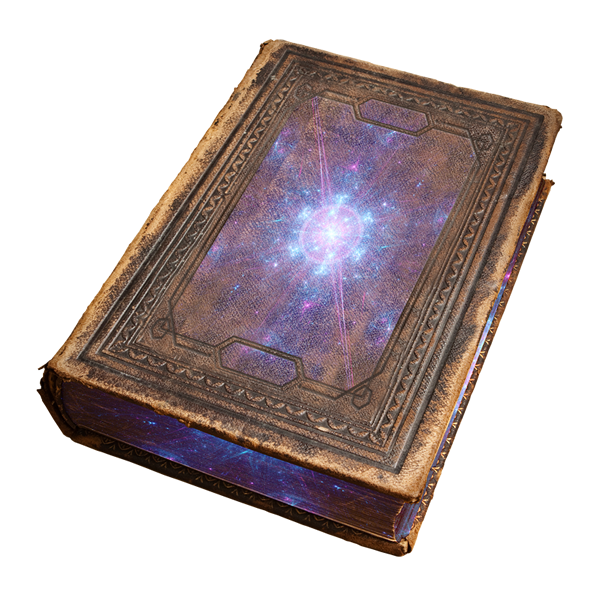 Enter the Book of Arcana and explore the world of Stan Lee’s Genesis through the eyes of Doctor Alexander Arcana. 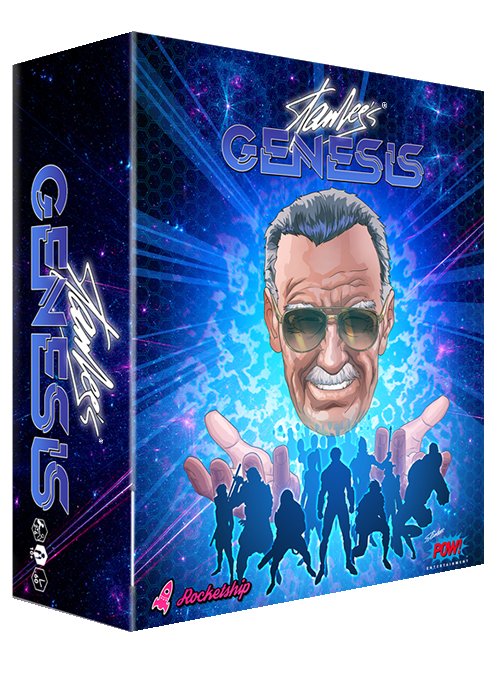 Build Your Own Universe!

In Stan Lee’s Genesis, players must harness their creative energy to give birth to a unique universe.

Genesis is intended to put the power of creation into the hands of the players and honor the legacy of Stan’s brilliance as one of the preeminent creative forces of the 20th century.

Every game is different as players both compete and collaborate as they construct a comic book universe full of heroes, villains, super team, evil syndicates, galactic threats, and all-encompassing cross over events! 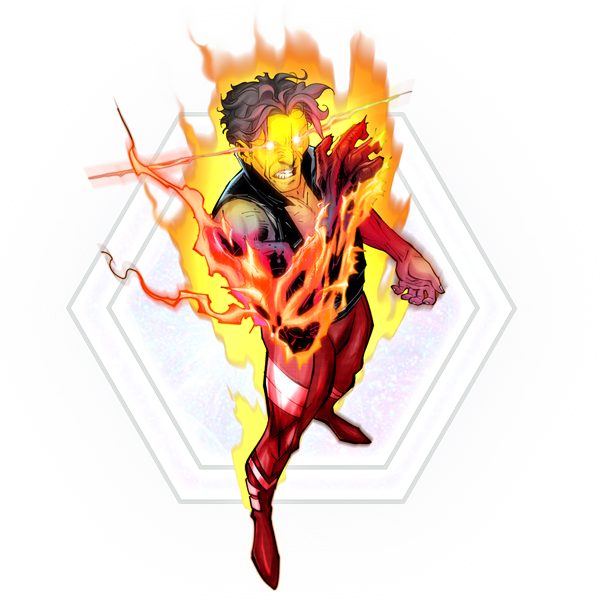 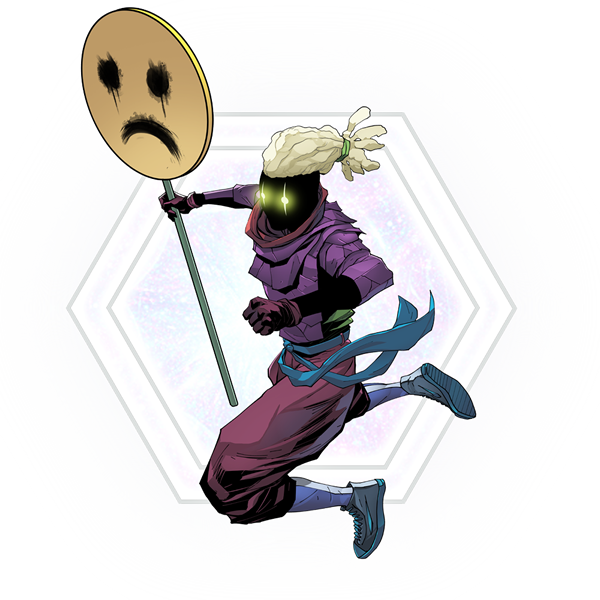 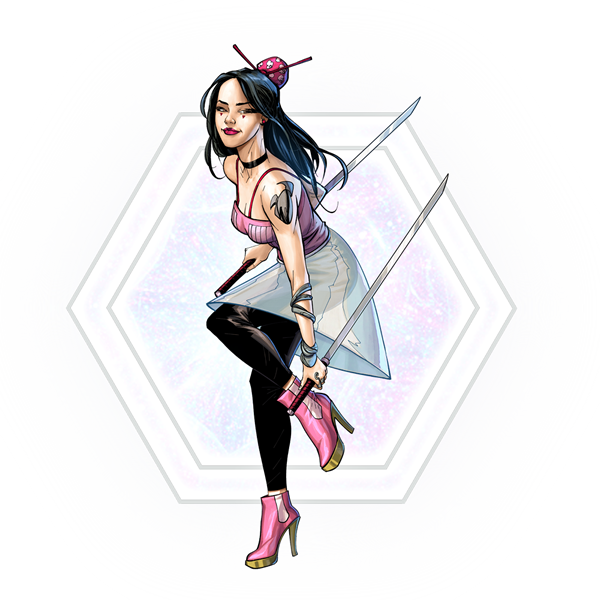 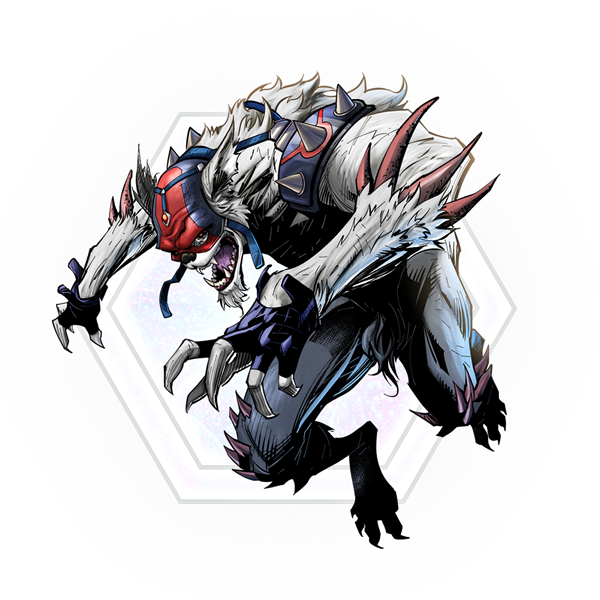 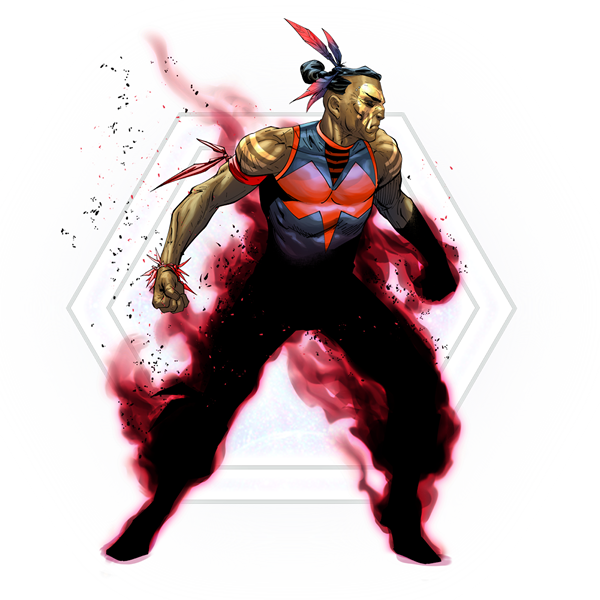 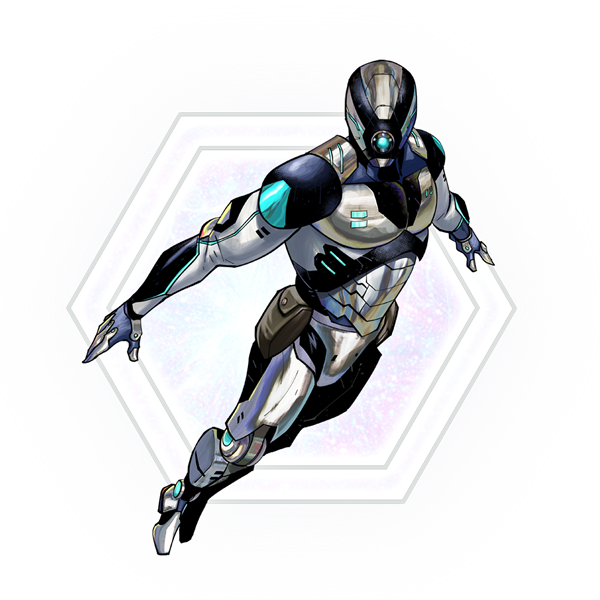 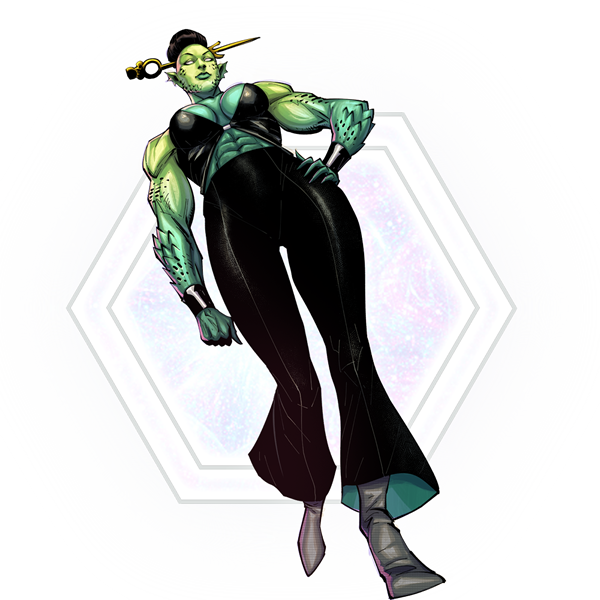 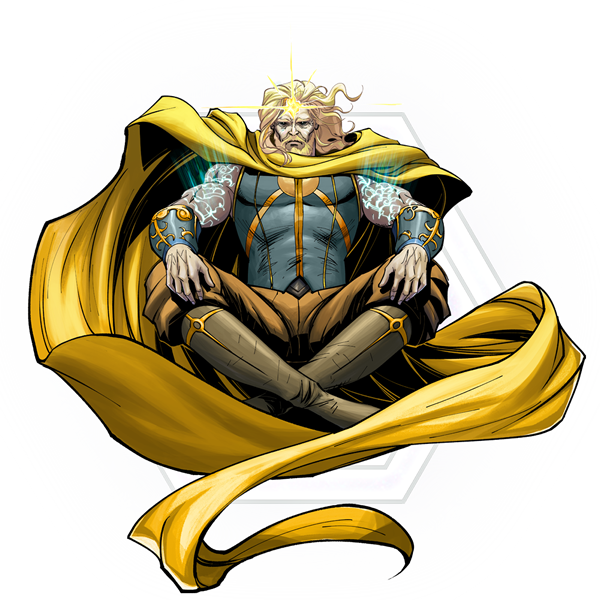 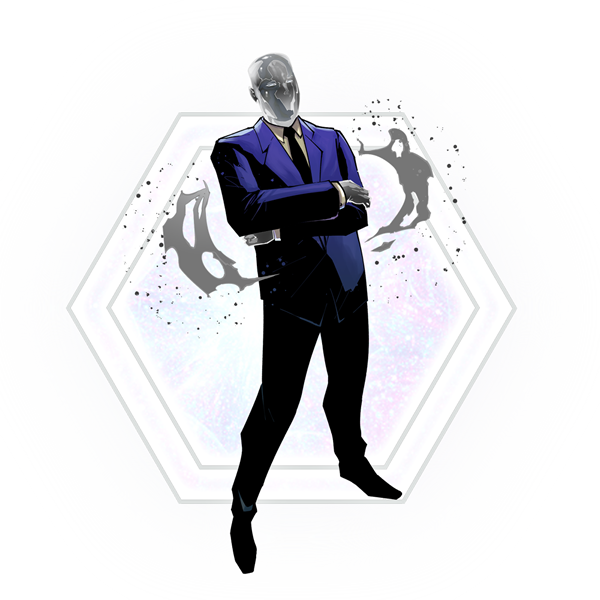 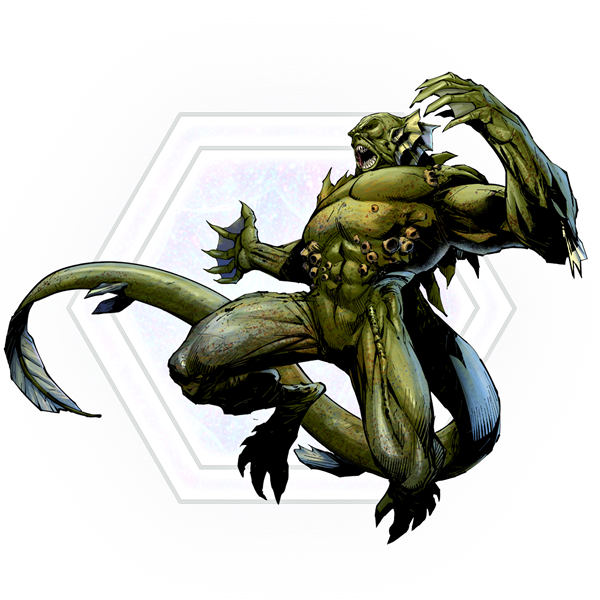 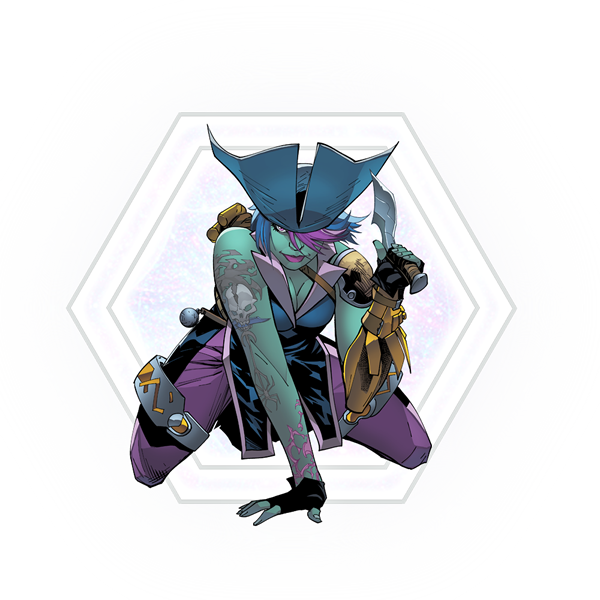 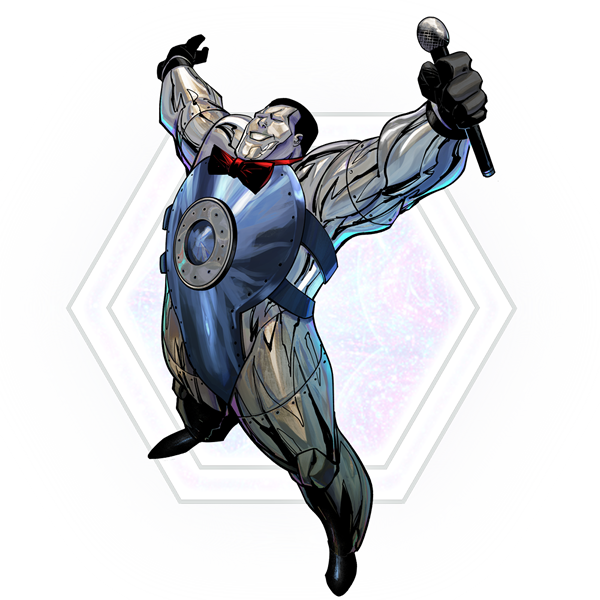 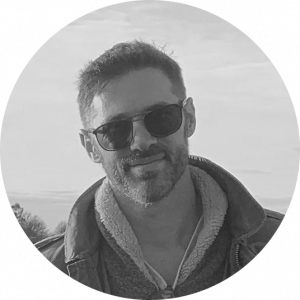 Tom Akel is an award-winning producer, writer, and executive. He is the co-founder, CEO, and Publisher of Rocketship Entertainment, the 2021 Ringo Award winner for Favorite Publisher, where he writes multiple series including co-writing Stan Lee’s Backchannel. As Head of Content at Webtoon, Tom developed an all-star roster of creators including Fabian Nicieza, Colleen Doran, Warren Ellis, Common, and Katie Cook, while winning back to back Ringo Awards in 2017 & 2018 for Dean Haspiel’s The Red Hook and Sanford Greene’s 1000, and well as an Eisner nomination for Ryan Benjamin’s Brothers Bond. Prior to Webtoon, Tom led MTV Digital as Executive Producer for over 175 seasons of MTV shows and founded MTV Comics and MTV Geek. At Comedy Central and Spike, Tom founded their mobile divisions where he produced South Park 10: The Game, the first mobile animated series, Samurai Love God, starring Ed Helms and Nick Kroll, produced and directed Robert Kirkman’s Battle Pope: The Animated Series, and wrote and directed Stan Lee’s voicetones. 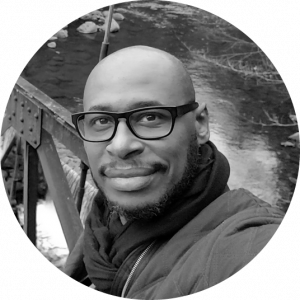 Ryan Benjamin began his professional comic book art career with Image Comics in 1994 which branched off into Wildstorm Comics and continued working with Marvel, DC, Dark Horse, Acclaim, and Valiant Comics. Many years of working with Jim Lee, Whilce Portacio and Marc Silvestri, his path as a professional comic artist lead him to work on top-selling comics like “Brothers Bond” (2018 Eisner nominated), “WildCats”, “Grifter”, “Uncanny X-men”, “Star Wars”, “Spawn”, “Captain America”, “Iron Man”, “Batman”, “Batman Beyond” (a New York Times bestseller), Wonder Woman”, and many more. Ryan eventually became a video game 3D artist for 16+ years, with 11 of those years as a senior artist at Sony Entertainment. A variety of his work as an artist/designer can be seen in video games like DC Universe (DCUO), Marvel MOBA games, and Television shows/movies “ThunderCats”, “Ultimate Spiderman”, “Little Man”, “Pacific Rim 2”, “Megaman”, and “Mech X4”. In 2017 Ryan launched his creator-owned project, “Brothers Bond”, on LINE Webtoon which was nominated in 2018 for the Eisner Award for Best Webcomic. 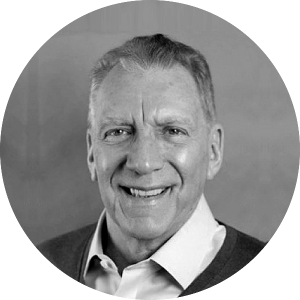 Gill Champion has over 45 years of executive experience in global entertainment, marketing, retail, and licensing industries. In 2001, Gill formed POW! Entertainment with Stan Lee and Arthur Lieberman to supervise the development of new Stan Lee ventures. He is the executive producer on all POW! projects, which includes publishing, TV, films, live shows, digital media, branded content, and other related ancillary markets.

Previously, Gill was executive in charge of Faerie Tale Theatre with Shelley Duvall while Vice President of Gaylord Productions, and he also produced Fort Apache the Bronx with Paul Newman and won the Hollywood Producer of the Year Award. In addition, he was in charge of production for The Shining and The Boys from Brazil and the theatrical versions of Chicago and Sweeney Todd while Vice President of the Producers Circle Company. 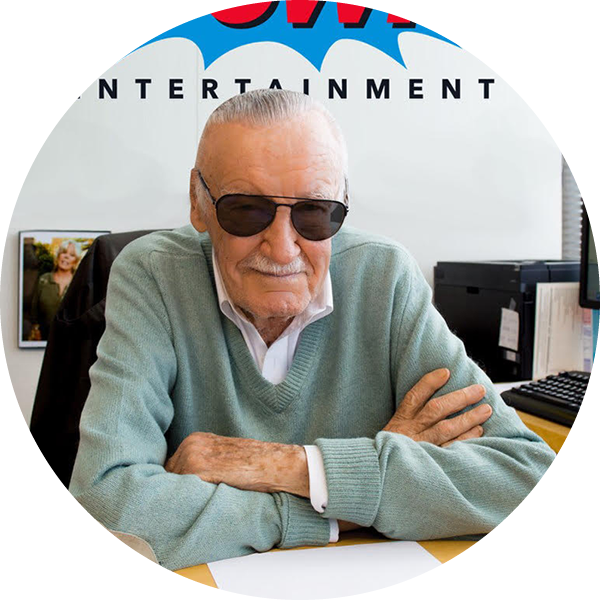 Stan Lee was a successful writer and editor, known to millions of fans worldwide as the co-creator of beloved superheroes like Spider-Man®, The Incredible Hulk®, X-Men®, The Fantastic Four®, Iron Man® and countless more that propelled Marvel to its preeminent position in the comic book industry.

Most recently, Stan was the Chairman and Chief Creative Officer of Stan Lee’s POW! Entertainment, which he founded with Gill Champion and Arthur Lieberman. For two decades, POW! has brought Stan’s original characters and stories to television, feature films, and publishing for audiences around the world. POW! continues to perpetuate Stan’s legacy by sharing his new creations and celebrating the impact he has had on global popular culture.

*All trademarks are owned by Marvel Entertainment, LLC.

Stan Lee’s POW! Entertainment is a multimedia and content development company founded in 2001 by the iconic comic book creator Stan Lee with his friends and business partners Gill Champion and Arthur Lieberman to create and license intellectual properties for entertainment media, including: feature length films, TV, publishing, merchandising, games and other related ancillary markets. POW! also exclusively maintains and protects the ownership of Stan Lee’s name, likeness, voice, trademarks and publicity rights throughout the world. The company’s mission is to bring Stan Lee’s post-Marvel creations to light in a variety of entertainment formats directly to billions of fans around the world to continue his legacy.

What is Stan Lee’s Genesis?

Stan Lee’s Genesis is a collection of 10,000 NFTs. The Genesis NFT launch kicks off and exciting roadmap leading up to the release of Stan Lee’s Genesis physical table-top board game in Summer 2023. Genesis introduces 200 new characters imagined and illustrated by the dynamic duo of writer/producer Tom Akel and renowned comic book artist, Ryan Benjamin.

What is the book of Arcana?

70 years ago Doctor Alexander Arcana became connected to an ancient book whose origin remains shrouded in mystery. The book, one of the artifacts that infected Arcana with unsurpassed magical abilities, chronicled a universe that existed just below the surface of our own. A universe powered by creativity and the existence of an entity that in time has come to be referred to as “Genesis”.

There have always been rumors, shadowy records, clues of his existence throughout history. As this universe expanded and new worlds were discovered, new planes of existence and new dimensions, it seemed all had similar stories of this enigmatic entity.

Genesis himself, is a reflection of the creativity of our world. This mysterious power has been injecting supernatural characters, stories, and even entire worlds into our own. But, the power of Genesis lies not in his ability to do these things, but in the ability of others to wield his power themselves. When properly focused, those who tap into the legacy of Genesis hold the ultimate power of creation in their hands.

Doctor Arcana has spent decades studying this tome and unlocking its secrets. The book, now known as “The Book of Arcana” is one of the most coveted and sought after relics in the universe. Soon, he will unveil this world to you.

The collection is scheduled to mint summer 2022!

How can I learn more about the game?

More information on the game will be posted here in the coming months! You can read more about the official announcement of the game at Bleeding Cool, Comics Beat, and Board Game Today! 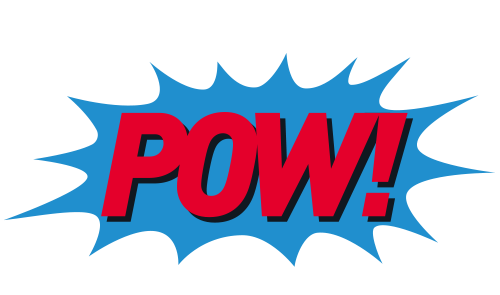